'Tusk', photobook for iPad, downloaded +5k in one day

A new version of Tusk has been submitted to the App Store. It should be available next week. This new version will include connection to social networks, an improved thumbnails index and the App will be 100% compatible with iPad 3.

Tusk, a photobook for iPad by Ana Cabaleiro, was downloaded more than 5000 times in one day. We wanted to celebrate Ubicuo Studio’s first anniversary by giving away all our publisher Apps.

We were really surprised when we realized that Tusk was downloaded more than 5000 times in one day. This App was published on November 2011 and we can say that it has been downloaded more times in 3 days than in 10 months. We haven’t earned money as we gave away the App, but visits to our website and Ana Cabaleiro website (author of the book) have increased. Besides, Ana Cabaleiro is a really emerging photographer and now she can says she has reached an audience of more than 5000 people with the publishing of her photobook for iPad. 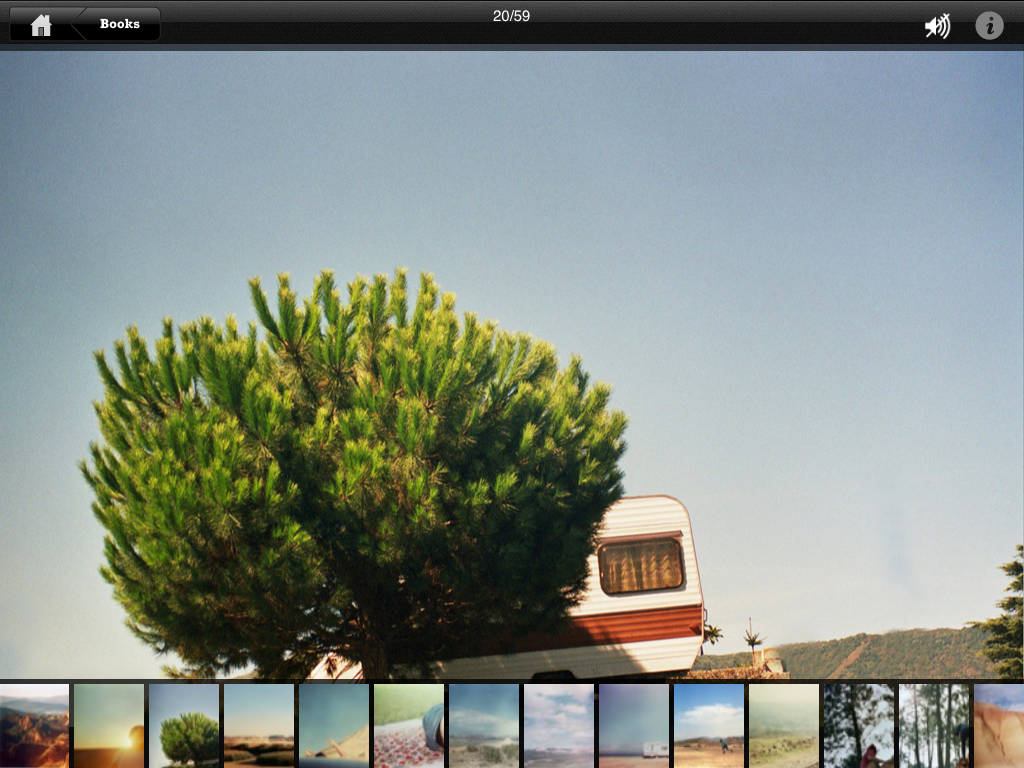 And… When do you receive money from the distributors? Usually never or too late. They don’t tend to pay in time. You have to wait long months before the pay and you have to ask for your money a lot of times before they pay you. App Store pays you every month.

How many promotion copies you’d have to pay to reviewers?
How many copies would end up being ‘damaged goods’?

Production costs of Tusk for iPad are really far away from the production costs of a physical Tusk.
Besides, it would have been really difficult for Atem Books to reach a such big audience. The App Store gives us a great place to distribute the books and to reach a lot of potential customers.

Differences between publishing books for iPad and publishing physical books One of the differences between publishing books for iPad and publishing ‘traditional’ books is that ‘traditional’ books are physicial. They have to be produced. One by one. And if you produce 6000 copies copies of a book and you don’t get to sell them, you’ll lose a lot of money with the production, distribution and promotion costs. When you publish a photobook for iPad you pay the production costs only one time: and you can sell this book infinite times. Besides, you can update the book with more content and improve it.

Other differences are: books for iPad let the reader interact with the book. Readers can be co-authors of the book (‘Conrad Roset, the App’ is a book which let the readers create artwork)… you can also add multimedia content (geolocation, additional information, music, video, interviews, links,..) so you can build a better atmosphere for your readers. Ana Cabaleiro, for instance, wanted the readers to listen a song while watching her photos.